The project was organized in May, 2017 by curator Megan Green. I placed two superheroes paintings “Spiderman’s Arrival” and “Attitude II” at Google in their offices in Chelsea NYC.
Participant artists Maria Fragoudaki and Patrick Meagher. 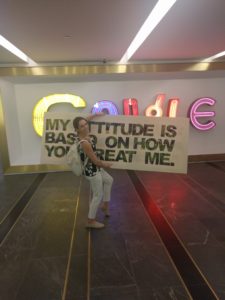 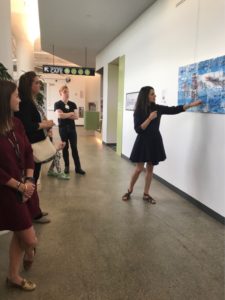 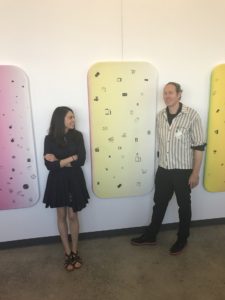 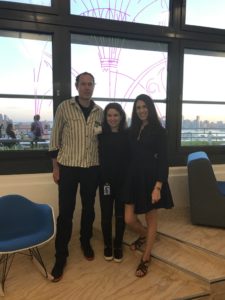 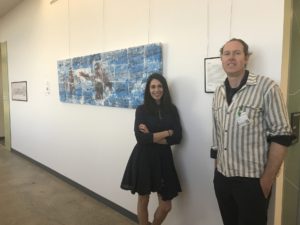 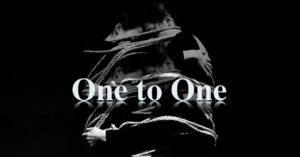 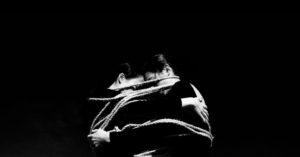 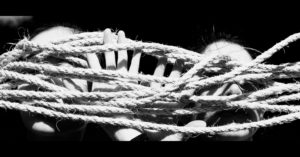 Transferring movement One to One Project

Our collaboration was triggered by the destruction of the UNESCO World Heritage Site of the ancient Temple of Bel in Palmyra, Syria, in August 2015. This senseless wreckage of a symbol of civilization that had withstood time, greatly affected both of us. We decided to express this through the process of incorporating the temple ruins on this collaborative work. This delicate and nostalgic collage has been applied to the fragile packaging material of corrugated cardboard, which in turn has been razed and cut away, creating depth in the image but also a partial loss of it. The work serves as a reminder of the transience of life; and of the transience of materials we assign value to. It is a memento mori representing absence with an illusion of presence, depicted on materials that, in themselves, are ephemeral. 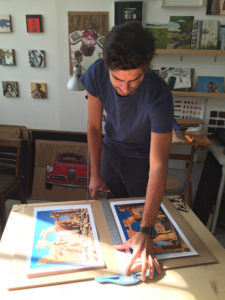 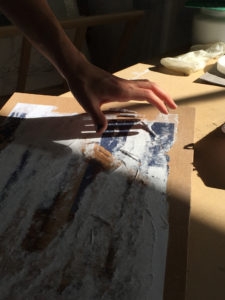 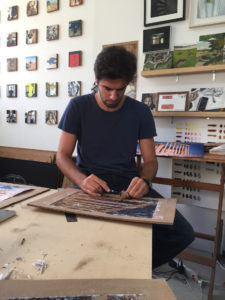