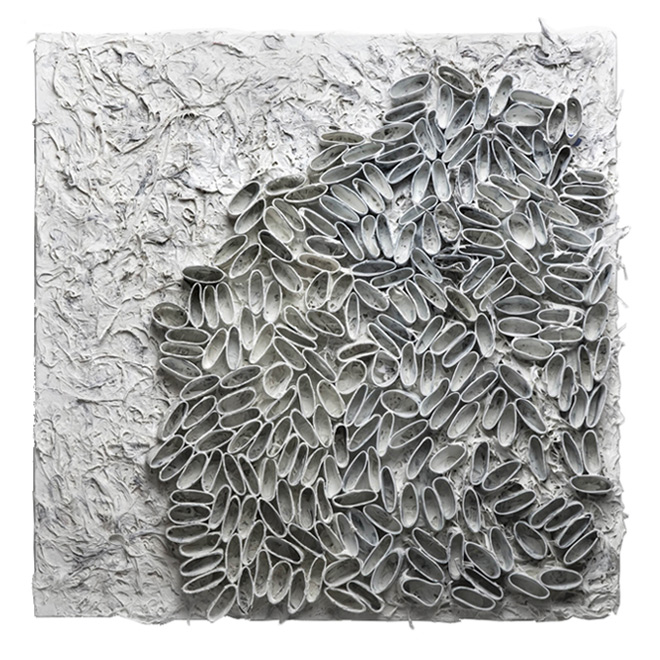 The three-dimensional sculptural works below are part of the series titled FORM/Less and I exhibited them in 2016 at the Jewish Museum of Greece. This series was inspired by the artifacts of the museum and my concentration was on the material itself rather than the color.
By interacting with the materials, I seek Forms or Ideas indirectly associated with their conventional intent or purpose. Each material or object manifests different Ideas and properties. The viewer, however, is only conditioned to see some of those, often because they are more common or more dominant. In this body of work, my paintings use the emotions triggered by the visual experience as a process of revealing hidden Forms and Ideas.
Delving into the greater concept of materiality I question what we see, what we feel and what we are able to understand trying to reveal Forms that are inherent to the objects, but hidden at first sight. As I interact and incorporate them in my paintings, different characteristics and emotions are revealed. Sometimes obvious, sometimes surprising.